All about Ethical Hacking 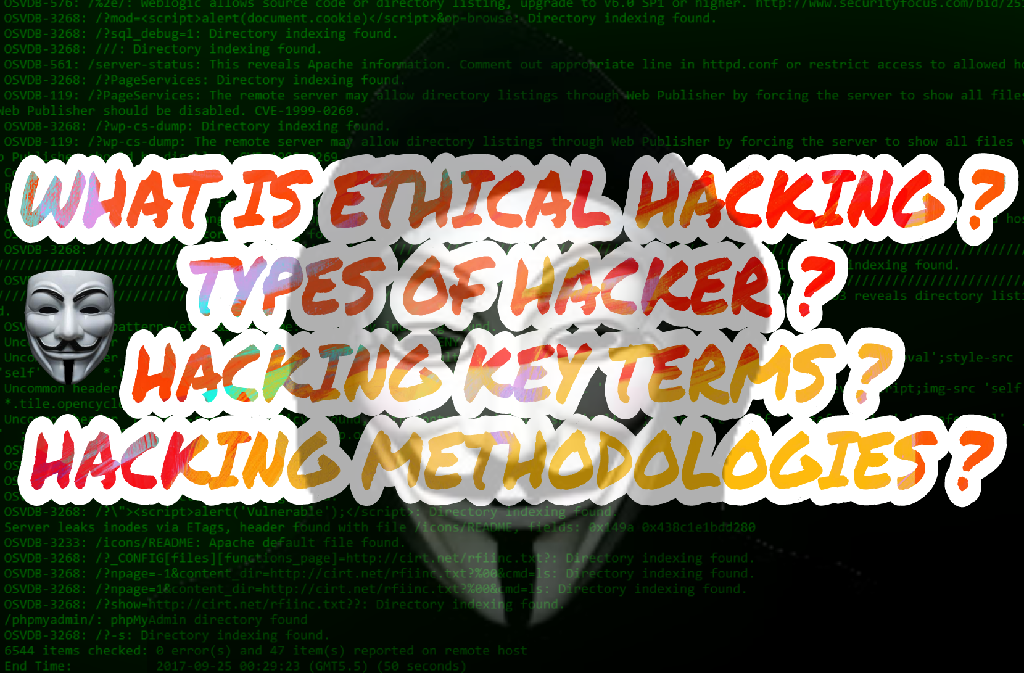 What is the term Hacking Means?

Hacking means a lot of different things most generally it means, to use something in a way it was not designed to be used.Hacking is unauthorized access to a computer or a network. The person engaged in hacking activities is generally referred to as a hacker.

What is Ethical Hacking?

Ethical hacking and ethical hacker are terms used to describe hacking performed by a company or individual to help identify potential threats to a computer or network. An ethical hacker attempts to bypass system security and search for any weak points that could be exploited by malicious hackers. This information is then used by the organization to improve the system security, in an effort to minimize or eliminate any potential attacks.

White-Hat Hackers - It refers to an ethical hacker, or a computer security expert, who specializes in penetration testing and in other testing methodologies to ensure the security of an organization's information systems.
Black-Hat Hackers - A black hat hacker is an individual with extensive computer knowledge whose purpose is to breach or bypass internet security.They violate computer security for little reason beyond maliciousness or for personal gain"
Gray-Hat Hackers - A gray hat hacker is someone who may violate ethical standards or principles, but without the malicious intent ascribed to black hat hackers.
Suicide Hackers - These hackers try to knock out a target to prove a point. They are not stealthy because they are not worried about getting caught or doing prison time.
Script Kiddies - These hackers have limited or no training and know how to use only basic techniques or tools. Even then they may not understand any or all of what they are doing.

Hack Value - It refers to the appreciation of a thing, not by its price or its utility, but by its creativity and its originality. Often hack value refers to the motivation that causes a hacker to invest a lot of time in a thing, without this seems to make sense for an observer, but represents a hack for the hacker.
Attack - attack is an attempt to expose, alter, disable, destroy, steal or gain unauthorized access to or make unauthorized use of an Asset.
Exploit - An exploit is a general term for any method used by hackers to gain unauthorized access to computers, the act itself of a hacking attack, or a hole in a system's security that opens a system to an attack.
Zero Day - This describes a threat or vulnerability that is unknown to developers and has not been addressed. It is considered a serious problem in many cases. Security
Threat - In computer security, a threat is a possible danger that might exploit a vulnerability to breach security and therefore cause possible harm.
Vulnerability - This is a weakness in a system that can be attacked and used as an entry point into an environment.
Daisy Channing - This is the act of performing several hacking attacks in sequence with each building on or acting on the results of the previous action.

Footprinting - Footprinting means that you are using primarily passive methods of gaining information from a target prior to performing the later active methods. Typically, you keep interaction with your target to a minimum to avoid detection, thus alerting the target that something is coming in their direction.  such as Whois queries, Google searches, job board searches, and discussion groups.
Scanning - Scanning is the phase in which you take the information from the footprinting phase and use it to target your attack much more accurate. The idea here is to act on the information from the prior phase, not to blunder around without purpose and set off alarms. Scanning means performing tasks like ping sweeps, port scans, and observations of facilities. One of the tools you will use is Nmap, which is very useful for this purpose.
Enumeration - Enumeration is the next phase, where you extract much more detailed information about what you uncovered in the scanning phase to determine its usefulness. Think of the information gathered in the previous phase as walking down a hallway and rattling the doorknobs, taking note of which ones turn and which ones do not. Just because a door is unlocked doesn’t mean anything of use is behind it. In this phase, you are looking behind the door to see if there is anything of value behind it. Results of this step can include a list of usernames, groups, applications, banner settings, and auditing information
System Hacking - System hacking follows enumeration. You can now plan and execute an attack based on the information you uncovered. You could, for example, start choosing user accounts to attack based on the ones uncovered in the enumeration phase. You could also start crafting an attack based on service information uncovered by retrieving banners from applications or services.
Escalation of Privilege - Escalation of privilege is the hacking phase, where you can start to obtain privileges that are granted to higher privileged accounts than you broke into originally. Depending on your skills, it might be possible to move from a low-level account such as a guest account all the way up to administrator or system-level access.
Covering Tracks - Covering tracks is the phase when you attempt to remove evidence of your presence in a system. You purge log files and destroy other evidence that might give away the valuable clues needed for the system owner to determine an attack occurred. Think of it this way: If someone were to pick a lock to get into your house versus throwing a brick through the window, the clues are much less obvious in the former than the latter. In the latter case you would look for what the visitor took immediately, and in the former case, you might notice the break-in much later, after the trail had gone cold.
Planting Backdoors - Planting of backdoors means to leave something behind that would enable you to come back later if you wanted. Items such as special accounts or Trojan horses come to mind. 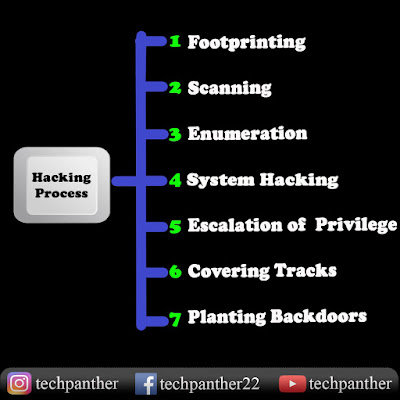