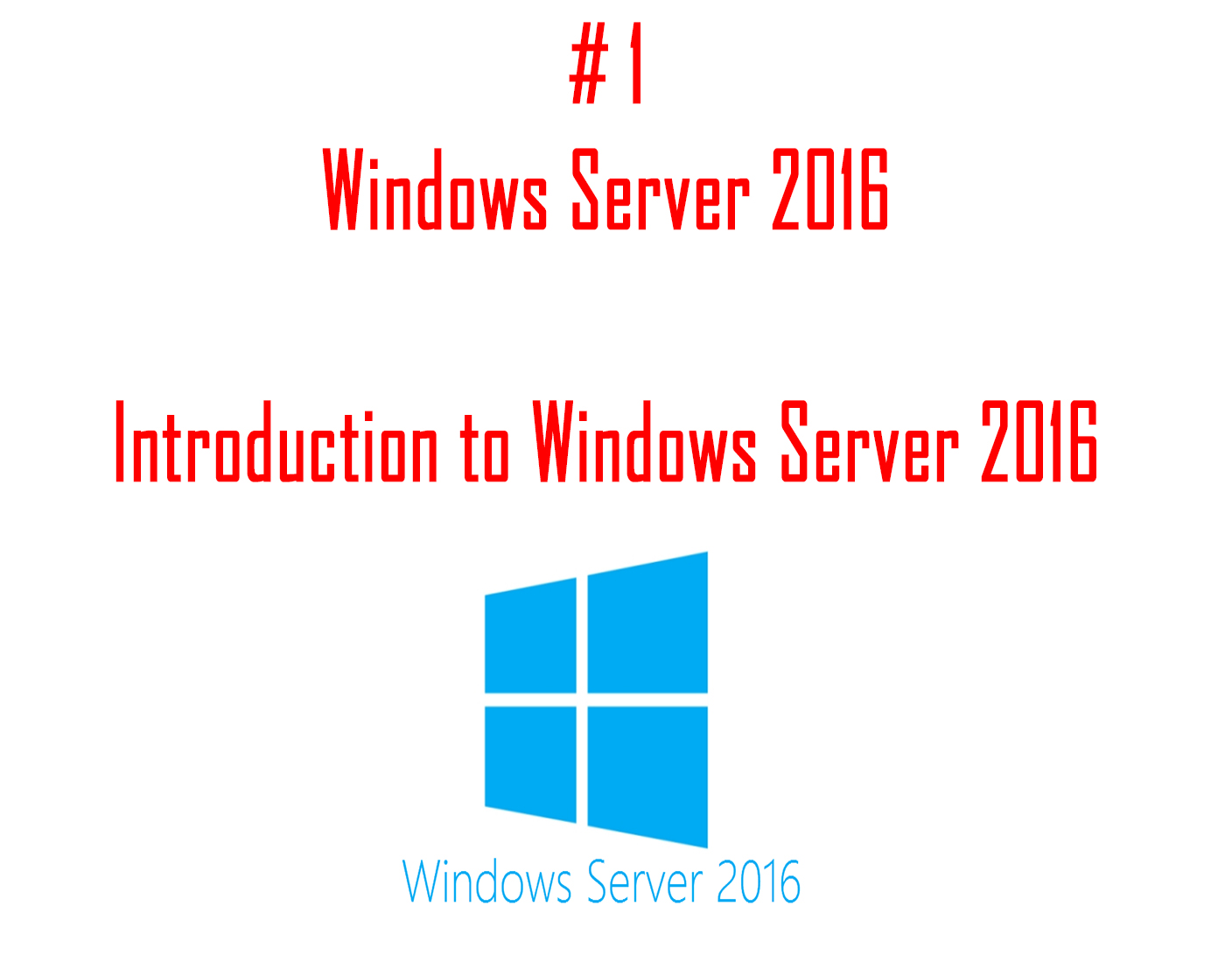 
In this Series, we will see discuss Windows Server 2016

Windows Server 2016 is a server operating system. It is developed by Microsoft as part of the Windows NT family of operating systems, developed concurrently with Windows 10. It comes with a preview version  (Technical Preview) became available on 1 October 2014 together with the first technical preview of System Center. Windows Server 2016 was released on 26 September 2016 at Microsoft's Ignite conference and became generally available on 12 October 2016. Its earlier version of Windows Server 2012 which is the first Microsoft Server OS that has connectivity to the cloud.

The 3 main product editions of the Windows Server 2016 are: -

Windows Server 2016 has a variety of new features, including

Storage Replica replicates blocks instead of files; files can be in use. It's not multi-master, not one-to-many and not transitive. It periodically replicates snapshots, and the replication direction can be changed.

Hyper-V Server has allowed us to add virtual hardware or adjust the allocated RAM to a virtual machine. However, those changes historically required that we first power down the VM. In Windows Server 2016, we can now "hot add" virtual hardware while VMs are online and running. I was able to add an additional virtual network interface card (NIC) to my running Hyper-V virtual machine.

Windows Server 2016 comes with the Windows Management Framework 5.1, and that includes the latest version of PowerShell. Leveraging the .NET Framework 4.6, PowerShell 5 comes with several new features, including new cmdlets for managing local users and groups, as well as a new Get-ComputerInfo cmdlet which can dump detailed information on the system.

Nested virtualization refers to the capability of a virtual machine to itself host virtual machines. This has historically been a "no go" in Windows Server Hyper-V, but we finally have that ability in Windows Server 2016.Nested virtualization makes sense when a business wants to deploy additional Hyper-V hosts and needs to minimize hardware costs.

For Finding out the cost of the Licensing you can click on the Following Link:- Click Here

So above Steps is all about the Introduction to Windows Server 2016.Hope you all like this post, share it with others too and Leave a comment below if you need any suggestion at any steps.